Here, for free is a properly looped mapped and tuned selection of most of the original Fairlight CMI III factory library. It also includes a version of the IIx library with a bunch more unknown user content, imported on the series III. This apparently is what anyone with a series III would have acquired over the years. Arguably, the II is the more interesting sounding machine because it changes the sound quality a lot. The Series III was always intended to be state of the art sound quality. 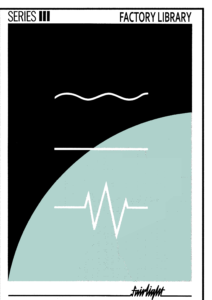 It is provided in the following formats:
Kontakt
EXS-24
NN-XT
Structure

There are WAVs associated with each format so download one of those if you’re not using one of the supported samplers. Bear in mind though, that there are a lot of files since the CMI III supported multi-sampling.

The Kontakt version is compressed in its own folder to avoid problems with moving the directory. This is the only version I have tested properly. The other formats probably need a little tweaking so if anyone wants to improve those feel free to share the files and I will update this folder.

We created this using Redmatica Keymap after extracting the WAVs from a CMI Hard Drive using CMIOS9. I further tweaked the Kontakt version after. So in many cases the loops and the tuning will be more accurate/ smoother than the original. In some cases where the voice is made up of a selection of dissimilar samples, the mapping might be a bit funky 🙂

My hope with this is to:

2. Bust some of the myths about the Fairlight. Now you can form your own opinion about these classic sounds.

3. I see a number of people trying to make money out of these sounds, selling them in Kontakt format on Ebay, or to Fairlight owners at inflated prices. This is morally wrong.

4. There is some cork-sniffing in the Fairlight community, generating illogical arguments about having to own a Fairlight before you are entitled to use these sounds. Furthermore there is no valid copyright claim on this library (which is why so many people sell it on Ebay). It is provided here as free to use. Luckily I am friendly with some Fairlight owners who think this is silly, and my thanks to them for helping with these sounds.