So the grooves are coming together. But technology has two sides. On one, it facilitates creativity by not getting in the way. On the other, it totally gets in the way when bugs happen and updates are needed and formats get changed for more betterer fasterer (except installing 12 DVDs clearly isn’t) So if I may, here is a bit of a technorant!

Like a few of my friends I’m on the verge of changing over to Pro Tools version 11. The challenge is trying to retain your favourite plugins. Avid have changed the format. It’s a good change, it makes the whole DAW faster and more reliable. A lot faster for some things. But the code is very different, so some developers are struggling to keep up, while for others it’s not worth the cost of paying people to make it happen. Some charge for the update, some don’t, some charge a lot for an update but add in lots of great new features- like Native Instruments Komplete 9 above, which is amazingly wonderful. 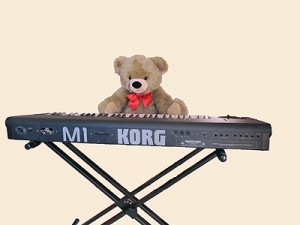 There are some I’ve been using for years. The Korg M1 is a synth from 1988 that I grew to love. It’s really just a glorified crappy sampler that doesn’t sample. But the 4 Megabytes of onboard sounds are full of character, and are both quirky and playable. That piano has possibly overused, but a lot of the other sounds still have mileage. Korg made a virtual version which is what I use now. There’s very little hardware in my studio these days. So you can load your old hardware patches into the software one, and it has a better functionality than the hardware too. You also get the Wavestation, a great sounding synth that I don’t really understand but I use it a lot anyway. And you get the effects from the synths as a standalone plugin which is great- best phaser ever. But it’s quite old in software terms, and Korg have stopped updating it. Bummer #1. 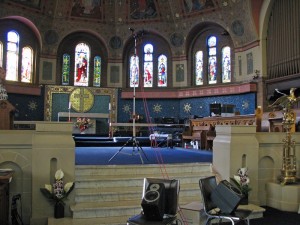 Setup for sampling a chapel

Impulse Responses are something else I don’t really understand, but they’re easy to use. They allow you to sample the acoustic ambience of a real space, and stick it in the computer. So you can have everything from the inside of a shoe box to the Grand Canyon at your fingertips. No need to run cables for miles and miles. I went very meta and sampled my settings from my two favourite hardware reverbs, sold them and bought an inexpensive but perfectly formed plugin called Mellowmuse IR-1 to run the impulses. It’s a one man company and he hasn’t gotten around to updating it yet. Bummer #2.

Roger Nichols c. 1978. Note computer at the back- it’s a digital drum replacement machine. Yes, he invented that too.

The equaliser is one of the top three most important tools in audio. For the last 8 years my main one was made by Roger Nichols. A great man, he died a few years ago so this great sounding plugin will never be updated. I’ve changed over to the Avid Focusrite Red equaliser instead. It works well, it’s just a pain having to manually transfer settings and tweak them so they sound right. So notmuchofabummer #1.

Dynamics is in that top three. For giving that final polish to a mix, a limiter is essential. It’s also nice to have the warm sound of tape, a format I don’t miss (it wobbled, it hissed, was expensive to run and required regular maintenance). Another one man shop is Massey plugins, and I use his limiter and tape simulation plugins (just the warmth, not the other stuff). He had a very cute updater for small money, so that had to be done. A few bugs but they’re sorted now. So notmuchofabummer #2.

Then there’s echo. I love echo. It gives space. It gives rhythm. It make da funk (I love syncopation). You’d think it’s not a big deal, the bundled plugins are very good. But in their wisdom Avid changed the look of the plugin which did two annoying things. The controls are now all in a different place for no particular reason except to annoy your 10+ year old muscle memory. The other thing is it has exactly the same sound and parameters as the old one, but it doesn’t recognise the settings. So you have to open your track in the old Pro Tools and manually convert each delay to the new one before it will sound the same in the new Pro Tools. And old Pro Tools is “unsupported” (translation: unstable) in Mavericks. Aaaaaargh! Bummer #3. 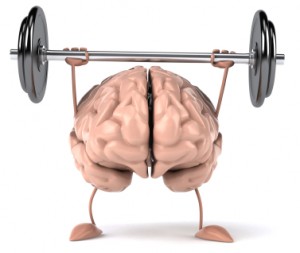 Echo problem 2
I said earlier I don’t miss tape- the wobble, the noise etc. The exception is echo. The messedupness of tape does lovely things to echo. A few years ago I bought Line 6 Podfarm for cheap. The TubeEcho in there is my ideal echo. I even use it to make stuff sound like it’s recorded on a crappy old tape. This is another plugin that will never be updated. After a lot of research and tips from friends, I was able to make SoundToys EchoBoy do the same thing. So I’ve started saving up to buy that one. Or maybe not- it doesn’t do the crappy old tape thing with quite as much character- or at least, I haven’t fully explored the possible tweaks. So that fully functioning demo is gonna be working hard for the next 21 days.

The big problem solver
So there’s this guy (why is it always a guy?) somewhere in Europe called ddmf. He makes a lovely sounding Equaliser that I use when I want to pile on the top end with impunity. And it’s a total bargain. Now he makes Metaplugin. This will take almost any other plugin format (there are quite a few) wrap its arms around it and cuddle it so it will work inside Pro Tools. It does some other cool stuff as well. Bingo! The Korg and the Mellowmuse work with it. PodFarm doesn’t, but that’s OK.

So all of that technical crap is now sorted, it’s back to playing in the sandpit and making music. I plan to release one track a week. Starting soon. In a few months, I will have a completed thing we will call an “album”. A nice vague deadline, so I don’t get deafened as it makes that whooshing noise as it flies by (to paraphrase Douglas Adams).

Edit- this was reposted on September 23rd because the original got lost in the changeover to new servers.