I recently had the pleasure of the Radiophonic Workshop at the National Concert Hall in Dublin. This was a dream come true. When I was about 10 years old my father joined the Rory Gallagher Music Library. This holds a massive collection of recorded music and spoken word. First it was Goon Show tapes, and later the full BBC sound effects library. Essential Science Fiction Sound Effects Volumes 1 and 2 became some of my favourite albums and a major influence. 🙂 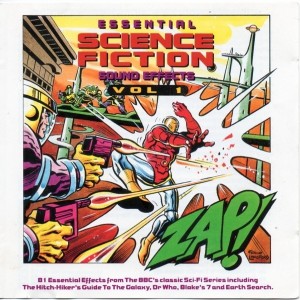 It was Mark Ayres who got the band together, worked on Dr. Who and also rescued all of the tapes when the workshop shut down. He’s remastered them all including the work of the hugely talented John Baker. Peter Howell was masterful on the guitar and engaging on the vocoder. Actually it was kind of a surprise to see that all these electronic music composers had serious chops! Paddy Kingsland did some great solos on the classic Roland Jupiter 8 polysynth and crazy noises with his eBow guitar. 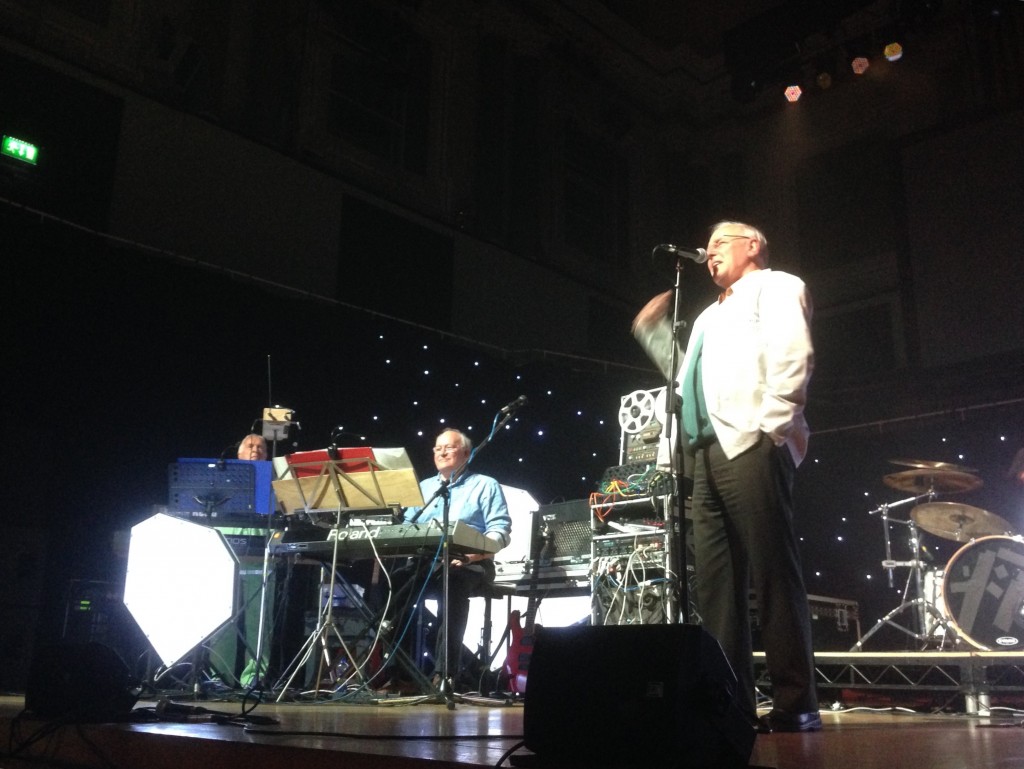 My favourite piece was Roger Limb’s one about dreams, so many moods in it and very evocative with some tasty piano playing by Roger juxtaposed with, well, dreamy/ nightmarish electronics. Dick Mills was highly entertaining as the MC, as you would expect from the man who invented Major Bloodnok’s stomach. Kieron Pepper on drums was the backbone groove of the band, always coming in on the delicious moment and ramping up the tempo masterfully. 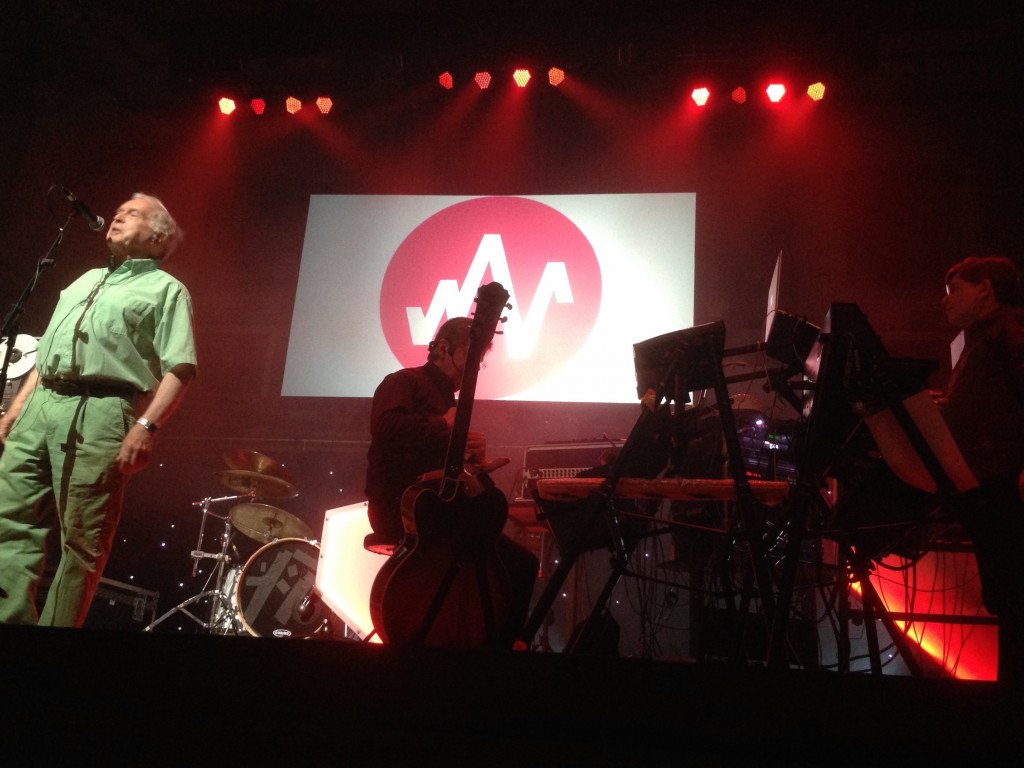 Roger Limb introducing his piece. Peter Howell is behind his guitar, wearing the headset for the vocoder. Mark Ayres on the right.

I did of course geek out at the electronic instruments-  Mark’s Roland System 100m especially. He showed some serious sound design skills on his vintage Korg MS20 (I have to say vintage because I’m happy to say they’re making this synth again). 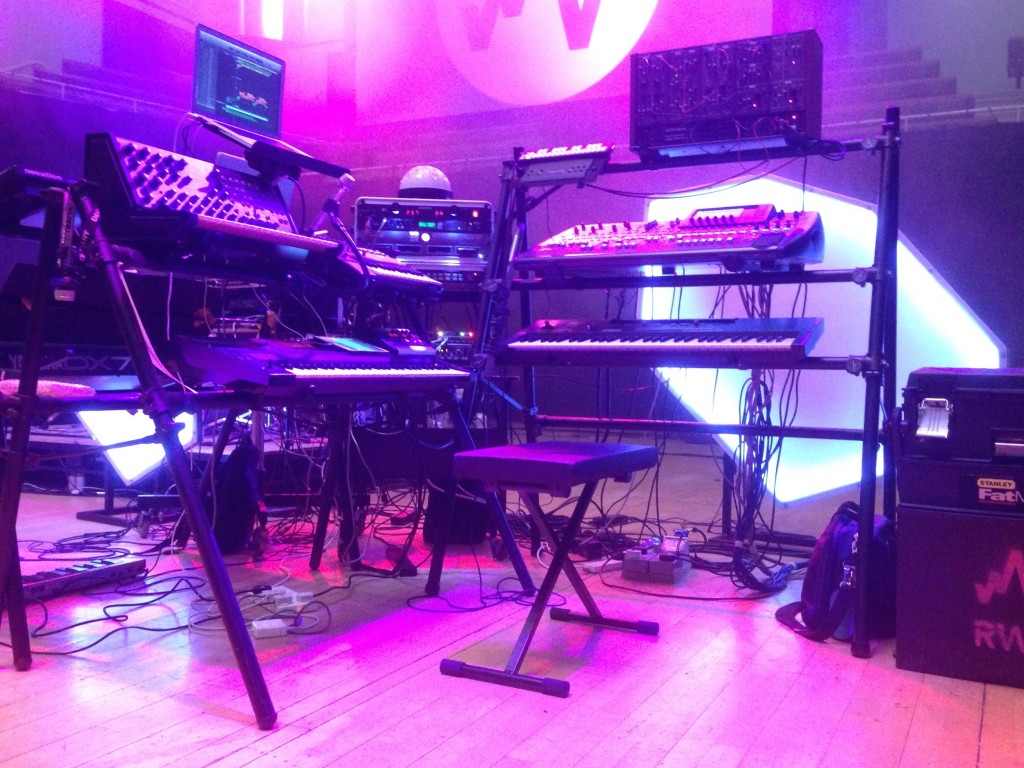 It was very moving to see a multitrack version of John Baker’s seminal New Worlds in the DAW (digital audio workstation) on the giant screen. This is important. Up until the seventies, Radiophonic music was created entirely with tape. This meant that every note of a piece had to be painstakingly copied and edited with a razor blade. Very time consuming. A further complication is that each part of the piece is on its own reel of tape, so when putting it together you had to manually sync up several tape machines and pray that they would stay in sync for the duration of the piece. So Mark had to find each of the original tape reels and do the same thing in the DAW while staying faithful to the original, drifting sync an’ all.

Baker was an amazing composer who died in tragic circumstances so it’s so great that his work is being so well preserved.

So we were introduced to the original version of Baker’s New Worlds and then the band picked it up with what can only be described as a prog rock groove retaining all the charm of the original, with Baker’s original score notated on the big screen. These musicians totally felt Baker’s intentions and created that same vibe I remember when I heard BBC Radiophonics for the first time as a kid- wonder, humour and joy in technology.

Read the full story of Radiophonics workshop in Sound On Sound Magazine- interviews with all of the musicians above and the story of the missing tapes.