A colleague donated his old effects rack to the college. Mostly digital boxes that might now be considered “vintage”. Being a fan from way back, I was eager to fire up the Yamaha SPX90II. We observed that the display would flash briefly and the unit was non-functional. On inspection it was obvious that some of the electrolytics in the PSU had failed, or were approaching failure. Now you might think “Oh that’s easy, replace them all”. Actually we should replace them all, but the hope would be that nothing else in the circuit had failed and was stressing the capacitors. 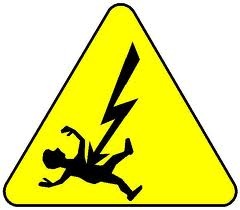 Even if it looks like the regular failure mode of electrolytic capacitors (leaking with age), it is still wise to consult the service manual for clues about other things that might have caused the failure. However the PSU information in the service manual is poor (no levels) so I’ve posted a schematic I found for it. It’s a switching power supply, so even more care than usual needs to be taken than with linear supplies. The rule “touch nothing on the supply side of the transformer” applies here. Of note is C11 which is before the transformer (see schematic below). The original has an insulated top. Your replacement probably won’t!  The voltage on it is 90 VAC at a fairly low current. If you’re lucky, that could be very painful. More likely you will be injured or killed. SO TOUCH NOTHING!!!! So it’s wise to put insulating tape on the replacement in case a future tech might touch it, or it ends up touching the casing while squashed into a rack.

Another assumption might be that all the brown goo is leakage from the capacitors. It’s not! It’s glue used to stabilise the components. A good idea to extend their life, given that they’re vibrating. I haven’t figured out what to replace it with. In the pictures below you can see some good examples of failed capacitors versus perfectly fine capacitors with glue on them. One had obviously burst, while others had to be removed from the board before it could be seen that they were about to burst. So this is really why it’s wise to replace them all in a PSU. They’re cheap, the unit is open and you cannot be certain with a 30 year old unit that all the electrolytic are fine- especially in a PSU where they are working hard! 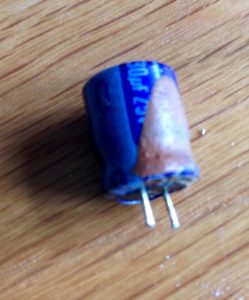 This capacitor is OK, the brown stuff is just aged glue. 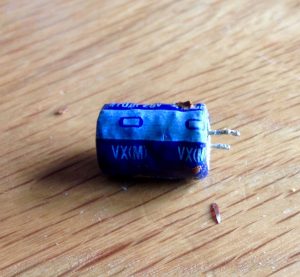 This capacitor looked OK at first, the dents were only visible after it was removed.

Notice the bulging. Leaked dielectric was observed under it after it was removed. Notice the insulated top. 90VAC on this if it is metal- so BE CAREFUL!

Having said that, I didn’t change any capacitors on the main or AD board as Yamaha calls it. They looked fine, the unit tested OK once the PSU was repaired, and life’s too short to waste on the mythical advantages of “capacitor upgrades”!

You can download the service manual here. The electrolytic capacitors in the PSU are:

It’s the service manual for the SPX90 mark 1. The two units are identical apart from extended memory for the delays in the mark 2. Apparently a mark1 can be upgraded to mark 2 be replacing the EPROM IC151. I’ve never seen this done.

This unit passed all of the tests, except for the panel buttons which seem to double trigger occasionally. I’m hoping with use this will resolve itself. Removing the front panel is quite awkward. The output level switch needed a quick spray and exercise with Servisol to clean out dirt. It’s not a sealed unit so this was easy to do, should be good for another 10 years or so. 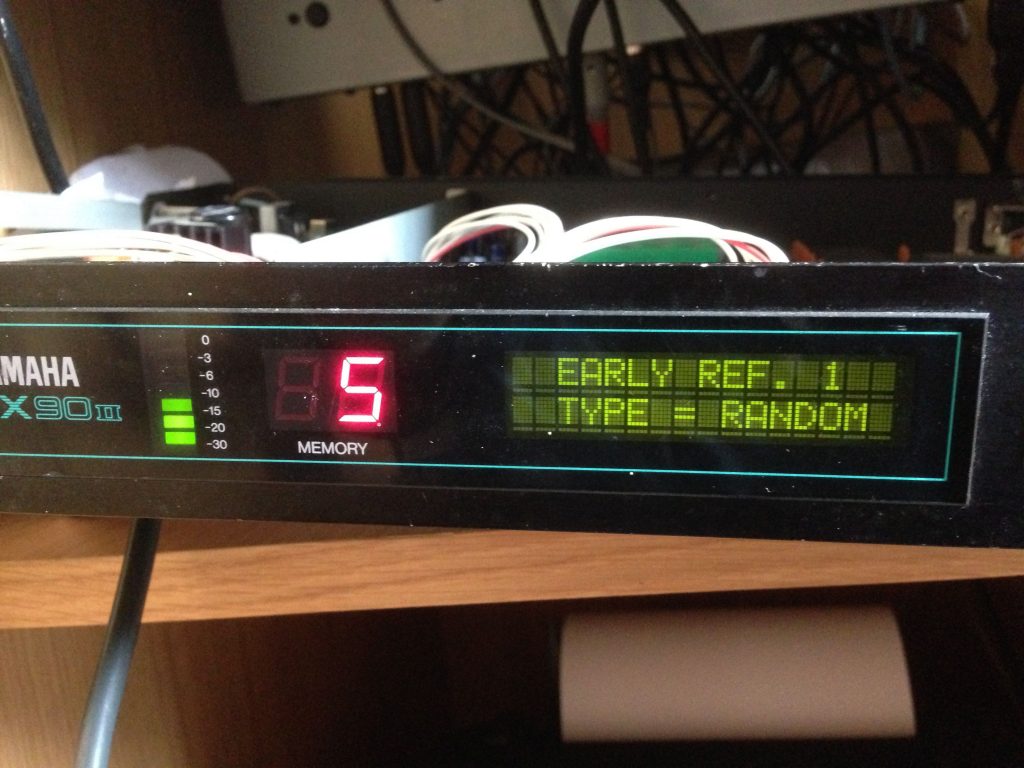 It lives! YAY!! The joys of the Random Early Reflections algorithm 🙂

Finally, thanks to the good folks on this Gearslutz thread, my source for a lot of the information above.

10 thoughts on “Repairing a Yamaha SPX90II”